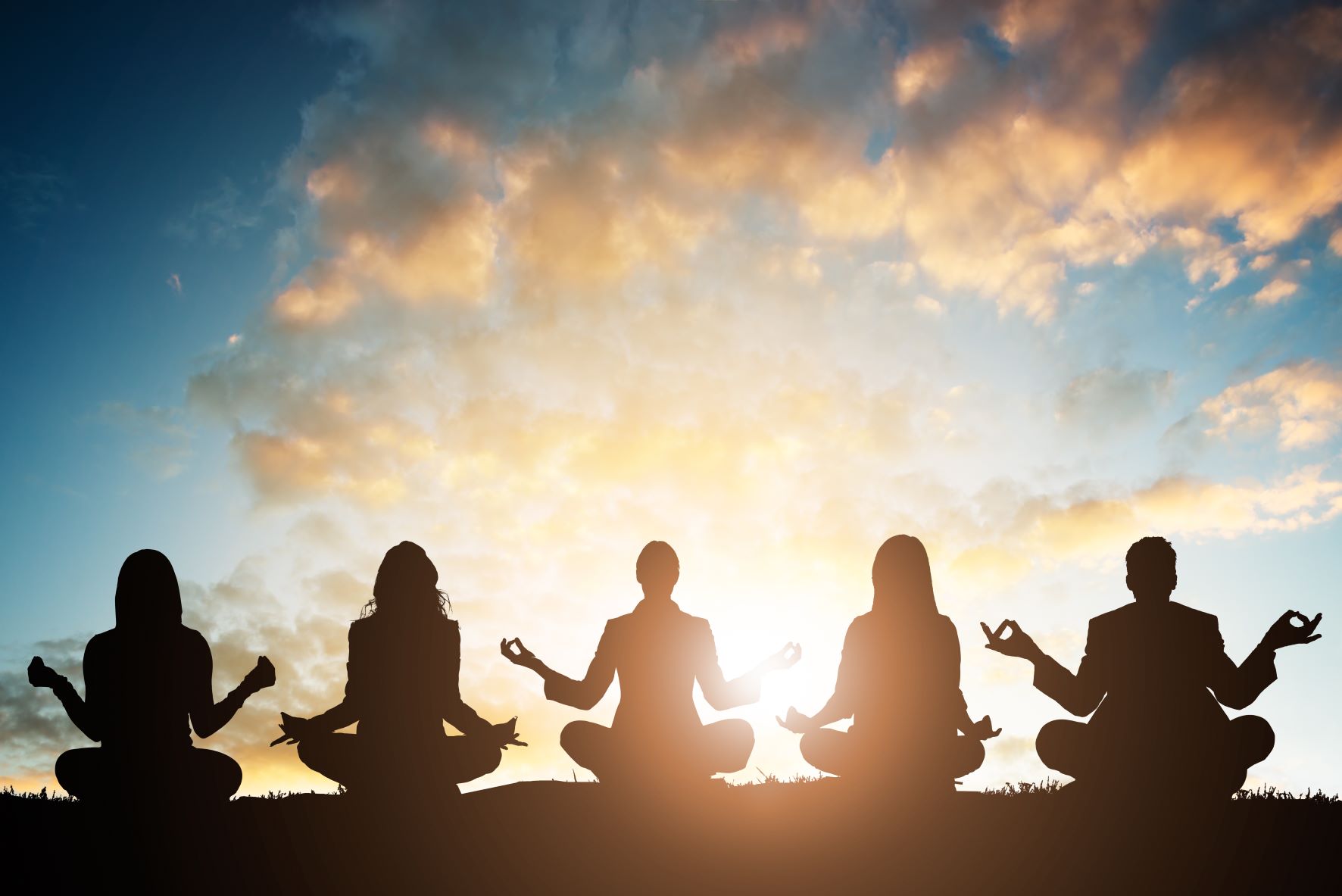 GROUP MEDITATIONS: The Power of Raising Collective Consciousness – Why we need it now, more than ever before!

Working Towards a More Peaceful Planet.

We are living in times of uncertainty and volatility. These extreme times reflect “old consciousness” that cannot survive for much longer. This old consciousness is driven by survival emotions such as hate, fear, competition, suffering, prejudice, violence – emotions that serve to seduce us into believing that we are separate from one another. This illusion of separation (in the three-dimensional world that we experience through our five senses) divides societies, communities, and countries.

In addition to the upheavals in our highly charged social, economic, political, and personal environments, many people feel as if time is speeding up or that more momentous happenings are occurring in a shorter amount of time. Depending on our own individual outlook, this could either be an exciting time of deep and intense awakening or an anxiety inducing period.

Regardless, the old must fall way so that something more functional and profound can emerge. This is how people, species, and even the planet itself evolves.

To date, the power of temporary peace-gathering projects has been exhibited and tested in more than 50 demonstration projects and 23 peer-reviewed scientific studies scrutinized by independent scholars around the world. The results have consistently demonstrated a positive effect in the immediate reduction of crime, warfare and terrorism by an average of greater than 70 percent.

When a group of people come together with a specific intention or collective consciousness to change some “thing” or to produce a specific outcome, if they create it with the emotions and energy of peace and unity (without physically taking any action), that unified community can produce changes 70 percent of the time. To quantify the results of these studies, scientists use a measurement called “Lead-Lag Analysis”. The purpose of this analysis is to uncover correlations between people and incidents. Studies have found that greater the number of meditators or peace-gatherers and the more time they put in meditation, the greater influence the gathering has upon decreasing the incidences of crimes and violence in a society.

A good example is the Lebanon peace project, in August and September of 1983, which brought together a group of meditators in Jerusalem to demonstrate the “radiating influence of peace”. This group project was able to achieve super radiance effect for both Israel and nearby Lebanon.

This effect happens when a group of specially trained meditators come together at the same time, on a daily basis, to create and radiate a positive effect on society. The results of this two-month study showed that on days when there was a high participation of meditators (the number of meditators fluctuated over time in this study), a 76 percent reduction of war deaths occurred. Other positive outcomes included reduced fires and crimes, decreased traffic accidents and this was accompanied by an increase in economic growth as well.

The results were then replicated in seven consecutive experiments over a two-year period during the peak of the Lebanon war. All this was achieved by combining people’s intention for peace and harmony with exalted and sublime emotions that had to do with compassion and love. These experiments clearly showed that the unified consciousness of a group of people is potent enough to transform the consciousness of other people (the ones who do not participate in the meditations) as well as have positive reverberations in a non-local way.

In what’s considered one of the top three peace-gathering studies in the West, A RAND Corporation think tank assembled a group of almost 8,000 (and sometimes more) trained meditators to focus on world peace and coherence during three periods ranging from 8 to 11 days each, from 1983 to 1985. The results showed that during this time, worldwide terrorism was reduced by 72 percent.

Can you imagine the positive effects and the profound changes, as well as the speed with which these would happen, if this type of meditation and mindfulness became a part of the education curriculum?

There are many other similar studies conducted in the world and they all point to the same truth – that a relatively small group of people united in their purpose to create peace and harmony through compassion and love can have a statistically significant effect on a diverse population.

All these studies ultimately tell us that there is significant evidence that group meditations of the right size with skilled meditators who change their emotions and energy at will can influence and create non-local, measurable effects on peace and global coherence.

We are all in the midst of turbulent times that affect all of humanity on many different levels and in multiple ways. However, if we can somehow stay in alignment with who we are at a deeper soul level, working daily on our meditations to stay connected to our inner being as well the rest of the world, and dispel the concept of separation, we can propel ourselves further instead of getting sucked into the doldrums. Yes, it is going to take tremendous amount of will, awareness and consciousness to stay focused, and not to succumb to these negative energies. Instead of becoming victims of uncertainty, we are powerful enough to transmute these energies into greater degrees of orderliness and peace and prosperity, both personally and globally.

(The ideas and views expressed in this article are my own and do not represent the ideologies of any group, company, community or country).

Did you know how fashion can help you cope with anxiety?

Into the light – our Lucia Light experience!

When Life Weighs You Down: Coping with Depression

The healing power of essential oils

UGLY Produce is having it’s moment

8 Self-Care Ideas for Mindfulness and Relaxation

Swimwear that makes a difference to the world

5 exercises for people with diabetes

Sleepless nights? The Morphée is what you need

Minus 417 – where Beauty meets Art

📌PREDIABETES RISING IN THE UAE: HERE IS WHAT YO

Do you want a kitchen garden at home but don't kno

Sustainable yoga mats? ✨🤔 @budzymats are her

🎂Super Easy Mocha Coffee Cake anyone? Here is a

⭐Weaning is a very important milestone for you a

Feed your skin with superfood. 🌟 A breakfast f

NOT JUST ANOTHER FITNESS APP ‼️ For all thos

✨The Only Collection You Need for Perfect Curls

'BETTER FOR YOU' PRODUCTS AT AFFORDABLE PRICES ✨

🌈 Childhood memories are made through adventure

💥November is diabetes awareness month, and it i

👉 A New Kind of Yoga Class is Coming to SLS Dub