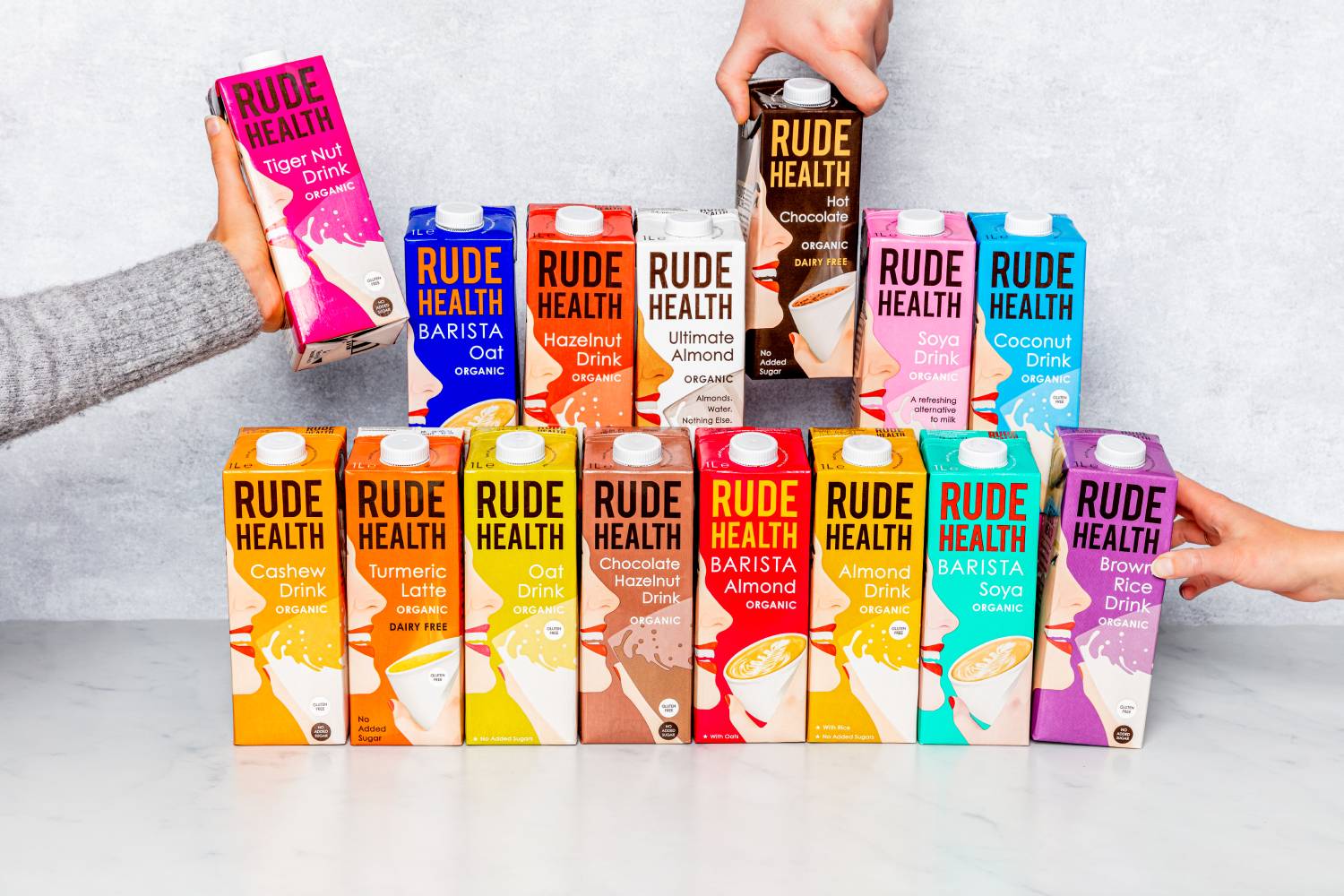 In Ruder Health – the old-fashioned way!

In old-fashioned British English, being in Rude Health means to be strong and healthy and that is exactly what Rude Health products are all about!

Rude Health started around Nick and Camilla Barnard’s breakfast table in 2005, with the Ultimate Muesli and now features an extraordinary range of alternative milks and cereals that has a large fanbase around the world. While the range is bigger, their approach to all their products remains the same – making the healthy choice a celebration not a compromise. It believes in a brighter way of doing business – one that balances people, planet, and profit in ‘ruder health.’

It is all about real, honest products! All Rude Health’s food and dairy-free drinks have bright and bold flavours made entirely from natural ingredients, delicious enough to munch from the box or glug from the glass. It challenges everyone to start each day by trying something new, whether that means putting your milk in before your cereal, like more than a ¼ of Brits do, (who knew?), or swapping your regular milk for a deliciously dairy-free Rude Health alternative.

The Almond drink is made from sun-soaked Sicilian almonds, spring water, rice, organic cold-pressed sunflower oil, and sea salt, it is vegan, dairy-free, and gluten-free. It is creamy and lovely to taste and has a nice sweetness. The white carton, Ultimate Almonds is just almonds and water, whereas the brown carton has added rice that gives it the sweet taste. Kids love it too! This classic flavour is delightful and not overly almond-y in taste, but rather a nice tasty milk alternative in general.

The Barista version is made with 5 natural ingredients: Spring Water, Organic Oats, Organic Sunflower Oil, Seaweed, Sea Salt. It is nutty and creamy and made for coffee!!

The Coconut Drink consists of fresh whipped up coconut that has been blended with rice, pure spring water and a pinch of salt to create a drink that is a delight to taste!

The Organic Soya drink contains water, soya beans, rice syrup and sea salt – that’s it. It’s creamy and with a gentle flavour, and pairs well with just about anything. We tried it to make pancakes and the pancakes came out great with a creamy nutty flavour.

All these have no added sugar, preservatives, emulsifiers, and are 100% organic meaning no pesticide contamination. The best part was that they stay very well at room temperature, you only have to refrigerate after opening.

Bircher muesli was created in the early 1900s by a Swiss physician named Maximilian Bircher-Benner. His original recipe was inspired by a dish that he and his wife were served while hiking in the Swiss alps. His recipe called for lots of fresh apple with a small amount of oats, lemon juice, nuts, cream, and honey. He served it to his patients as a healthy appetizer before most meals.

Dr Bircher chilled oats, nuts and fruit overnight to make them deliciously soft and digestible. For all of us, who are on the run and not as organised as Dr. Bircher, Rude Health Bircher Muesli is the best option. Just add milk and it goes smooth straight away! You can grate some apple on it for that extra taste. No overnight soaking required!

The oats are milled extra fine, so they go soft and creamy immediately. The fruit added spreads the sweetness through the milk, making a fruity summer porridge. The pick the best oats and cut them and roll them extra thin for better and quicker absorption.

Rude Health is now available at 25 Spinneys and Waitrose stores across the UAE, as well as at Kibsons and Chefs Middle East. Prices start at AED 20 for alternative milks and AED 28.50 for the cereal range.

Be your own SHERO

Whether you are prepping for your kids back to sch