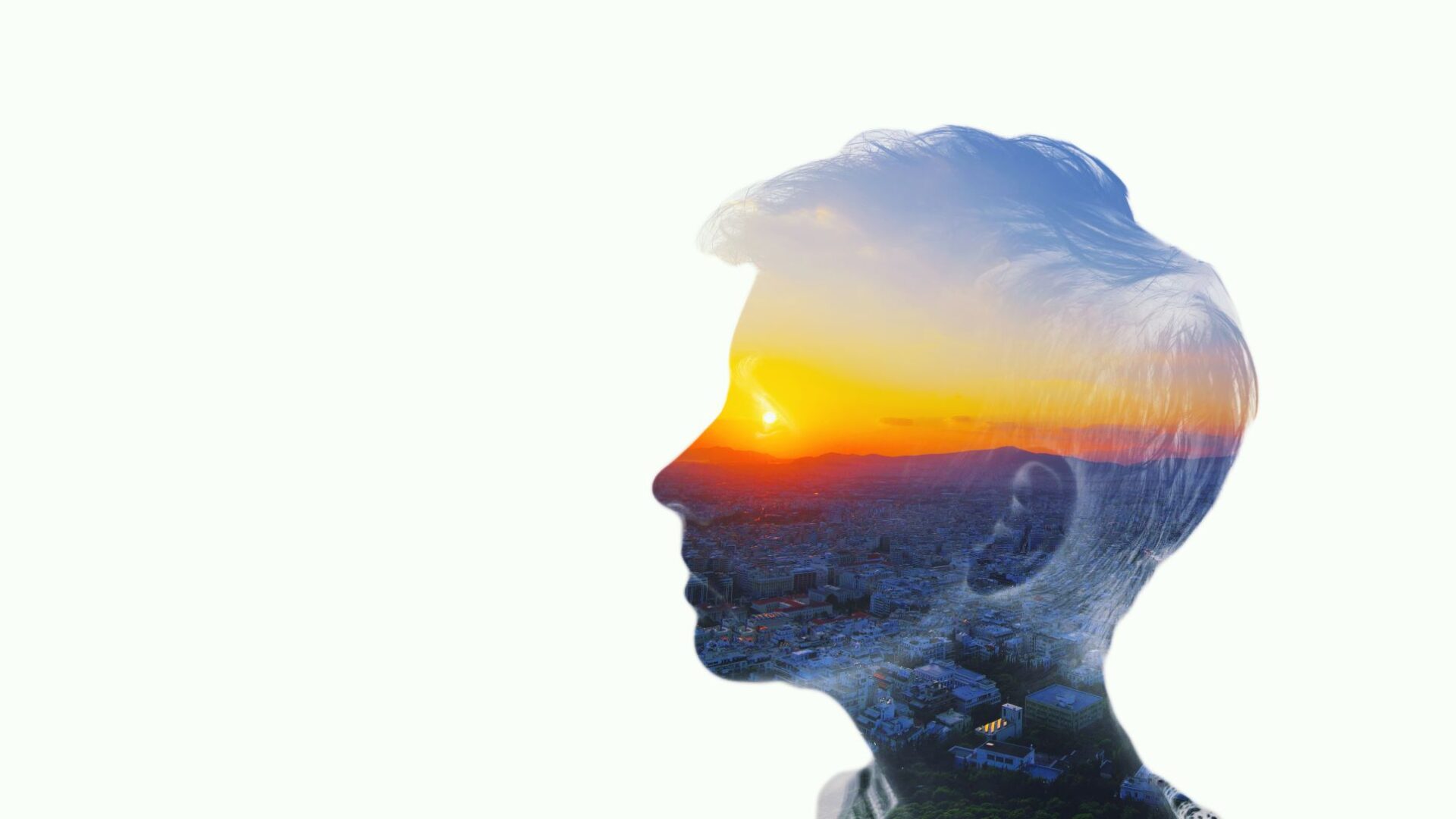 Into the light – our Lucia Light experience!

My fluttering heart and rapid heartbeat were creating a staccato rhythm in my brain, and I could feel my pulse throbbing rapidly at my temples. I took deep breaths and tried to relax. I became aware of the soothing music playing in my ears through the headphones and began relaxing a bit. Suddenly I saw a burst of flickering light on my closed eyelids, and it started blinking rapidly and I tried to control my eyelids from opening. The light was white, yellow, and then came the colour! A burst of moving patterns, colours, shapes and more…reminding me of the kaleidoscope that I used to play with as a child! Where was I? Read on to know more…

While everyone over-thinks things occasionally, I am one of those people who simply cannot ever seem to calm the constant barrage of thoughts. My inner monologue consists of two unhelpful thought patterns — musing and worrying. Whether it is something I said to someone at work or the other way round, or a dish that I made not turning out to be the way I wanted it to, I am plagued by upsetting thoughts over it and keep going on and on in my mind. Yes, I am an over thinker! My inability to get out of my own head leaves me in a state of constant anxiety. I also over imagine scenarios that can happen! I jump at the idea of trying out anything that can help me with this.

So, when I got a message in my inbox asking me to try out the Lucia Light experience, I was intrigued. My research told me that it, “allows an immersion into your own inner consciousness; a place of unimaginable peace and beauty.” Wow! I really wanted to go to that beautiful place as soon as possible so I booked a session with Govind Das, the UAE distributor for Lucia Light and a Spiritual Coach and Life Designer.

Firstly, let us understand what this is all about.

What is Lucia Light?

Lucia No 3 an award-winning patented light designed by two Austrian neuroscientists & psychologists, that takes the participant into the hypnagogic state between wakefulness and sleep. This state is known to be very therapeutic and relaxing. It has sparked creativity in many and in some instances, participants went into transcendental states. The Lucia Light has won few international awards and has been around for 11 years now in countries around the world like US, UK, Australia, India, and Europe.

Light as a frequency is known to heal just like sound as a frequency heals. In fact, the application of sunlight in therapeutic healing is called Heliotherapy. There are various other modes of light therapy that have been adopted by modern medicine too like Ultraviolet therapy, LED Light therapy, Phototherapy etc. Scientists have been researching Light as a healing modality over the last 100+ years. Dr. Joseph Liberman’s ‘Light: The Medicine of Future’ or Anadi Martel’s ‘Light Therapies’ are good reads on the subject.

The Lucia Light is one such device that has been known to induce healing in its subjects be it psychological or physiological. The manufacturers don’t tout it as a medical device but research by various top universities around the world have observed and documented the healing capabilities of Lucia Light.

Disclaimer: Lucia light is only an alternate form of therapy and not a replacement to medicine or medical advice.

Lucia Light has been used by Corporates to de-stress their employees and improve productivity. It is also being used by Spas and Spiritual centers worldwide. Patrons and afficionados have also bought the light for their personal use.

What does Lucia Light do?

What do we all want out of life? Most of the time it is all about achieving moments of well-being and to remain there, which isn’t as easy as it sounds as we all know!

The Hypnagogic Light Experience makes it possible to experience well-being as consciousness, which – when superimposed by thinking and feeling – cannot be reduced to physical or psychological processes. From this perspective, well-being can never be lost, but overlooked at most. Hypnagogic Light experience is not a treatment or therapeutic technique, which is why it is not for fighting worries either but passes it by, turning to consciousness as the ever-present well-being. Since a direct correlation between attitude and the nervous, immune, and hormonal systems exists, the use of Hypnagogic Light Experience represents a pycho-neuro-immunological approach. ” Lucia Light sends white light through your retina, toward the pineal gland (a.k.a. the Third Eye). If the gland is brought back to its optimum state of health, the brain is in a better position to activate a range of healing powers, whether they be physical, spiritual, or both,” explains Govind.

As the light work penetrates through closed eyes, it helps to activate the pineal gland. As this gland governs our Serotonin/Melatonin system, we are able to make massive changes on brain energy. The light offers the benefits of a deep mediation, through accessing an expanded state of consciousness almost immediately.  It stimulates temporary harmonic brain wave patterns in the brain usually only found in the brains of people who have been meditating for decades, allowing the user to access the Theta state as well as high Alpha patterns, often associated with joy, intuition, creativity, and high concentration. Although the experience may vary for different people and may also depend on how receptive you are to the session.

It must not be misunderstood as a substitute for conventional treatment methods, even though exposure to the light may well increase efficiency or shorten a course of therapy.

I lie down on a comfortable couch in a lovely room with an all-white decor, that adds to calm my frayed nerves. Govind tells me we’ll do a light trip for two minutes and then check-in. He adjusts headphones and the level of sound for me and tunes them to soothing music. The remainder of the 30-minute trip will depend on how I react to the trial run. I am quite comfortable for the first few minutes, so we begin.

The music is playing, the lights pulse, and my eyelids flicker. It is a lot to process, and I can feel my heart thudding in my chest! I take deep breaths and tell myself, its nothing – I am just lying on a couch in a room. Hard! But I get engrossed in the music and begin to slowly relax. I have a desperate urge to open my eyes but control it and focus on the patterns that are coming and going. The visuals vary between subtle and rapid and from light colours to a burst of colours. I see patterns that are moving.

The visuals are constant and strong now and I seem to have control of my breathing (I came to know later that Govind gave me some Reiki healing to calm me down). The keyed-up anxiety I felt earlier is dissipating.  I am totally lost in this word of patterns and colours!

The music turns off, the light still bright but not flickering. It takes me a few seconds to understand it’s over. I open my eyes and Govind asks me how I feel. I saw bursts of color and shape and movement, I begin to share my experience, but am not too clear about what to say. I am in a kind of a euphoric daze. Govind hands me a cup of tea and I slowly take sips realizing that I am in a state of complete relaxation and actually just want to curl up and go to sleep there!

For the first time in a long time, I’m relaxed. The feeling stays with me on the commute home. Everything is in its right place, it seems at least for now!

Lucia Light has been introduced in the Middle East since the beginning of this year and can currently be experienced through some centers in Dubai.

Govind Das is the official distributor for Lucia Light in the Middle East and can be reached on lucialightme@gmail.com

GROUP MEDITATIONS: The Power of Raising Collective Consciousness – Why we need it now, more than ever before!

All you need to know about Crystal Infused Water bottles before you get one!

It’s time to take that PAUS!

Kickstart your Health journey with the top Fitness...

Finding Balance And Health With Yoga

Mindfulness – give your kids a gift today...

WHY BOXING IS THE WORKOUT FOR YOU? 🥊 Nazar Mu

It’s time to take that PAUS!🥰 It started as

KICKSTART YOUR HEALTH JOURNEY WITH THE TOP FITNESS

MUDRAS FOR GOOD HEALTH🙌 read caption! Have yo

Watch as Dr. Navana Kundu explains the emotion of

Miyawaki forests growable in UAE deserts through b

The best teas to drink for good health! While stu

How well do you know your Frankincense? Frankince

Dry, itchy skin in this weather? Natural oils are

BREAKING BREAD WITH CHEF JESUS💗 💥We all kno