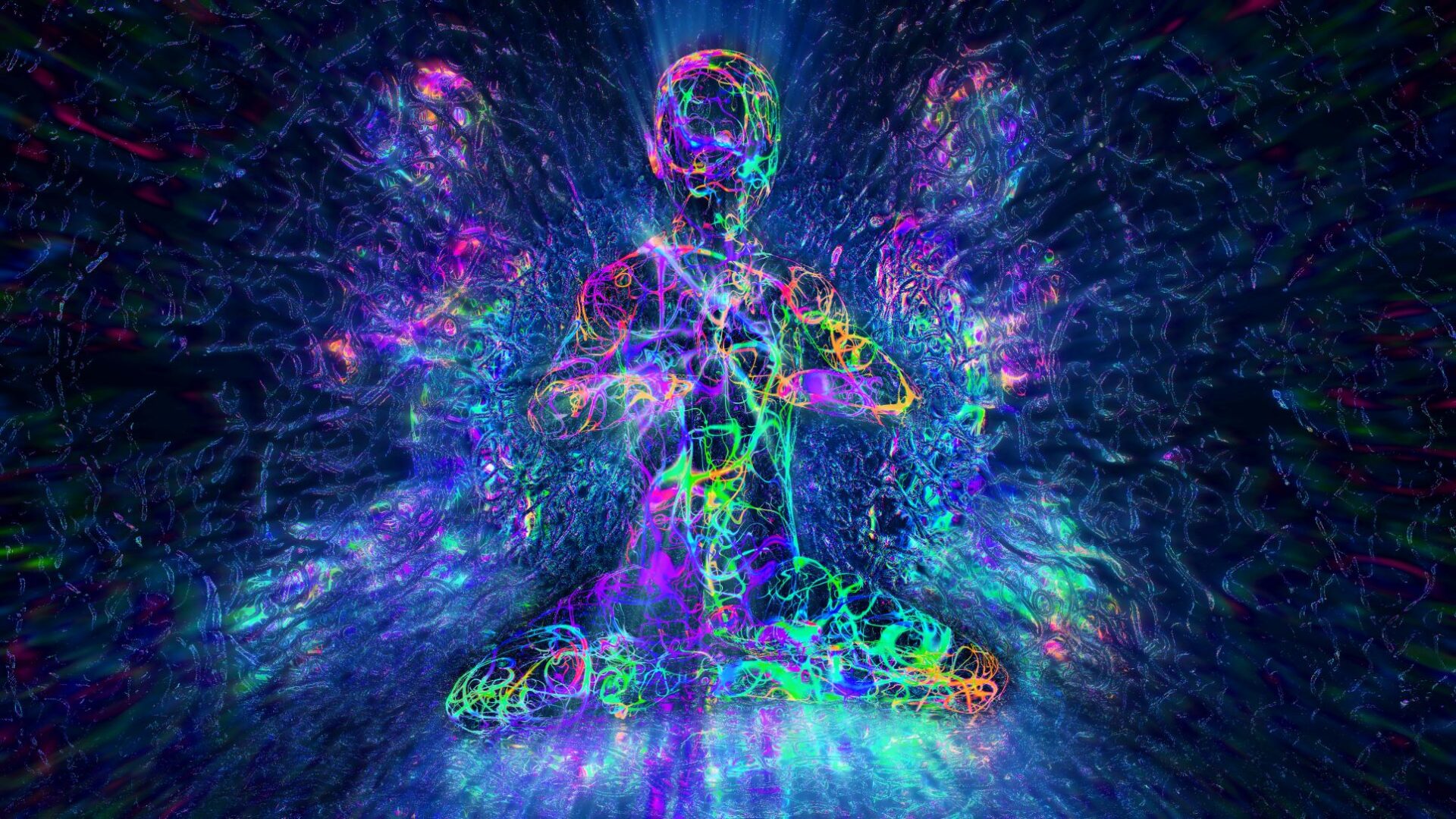 THE PSYCHOLOGY AND REALITY OF CHANNELING

Channeling is often understood as dissociation, which is a disruption in the regular integrated functions of consciousness, memory, identity, or perception. Sabeen Roshan tells us more.

Channelling is a powerful means of spiritual unfoldment and conscious transformation. As you channel you build a bridge to the higher realms — a loving, caring, purposeful collective higher consciousness that has been called the Universal Mind (amongst others). Channeling involves consciously shifting your mind and mental space to achieve an expanded state of consciousness.”

As someone who bridges the worlds of scientific inquiry and the esoteric, I have a more encompassing definition for channeling:

“Channeling is the process of revealing information and energy not limited by our conventional notions of space and time that can appear receptive or expressive.”

To achieve this expanded state of consciousness, channelers usually meditate, trying to break free of worldly influences and tune in to a higher consciousness. They may imagine themselves seeking out specific spirits of the dead, or they may be contacted, apparently unbidden, by some unknown force that wishes to communicate.

The Million Dollar Question : How does channeling work?

There are some popular ideas about how it might work. One of the clearest understandings about channeling is that it is likely not a force. We know this because things that work through force are dependent on space and time. For example, if you had telepathic abilities and your thoughts were a force, they would need to travel from your mind to your brother’s mind (all the way across the country).

However, in channeling the effects are seen instantaneously and are not dependent on space.

It means that channeling transcends time and space.

It also appears that our abilities to tap into this consciousness are limited by external stimuli. Therefore, meditation is often used to cultivate intuitive abilities: It’s about learning how to shut out the noise.

All of parapsychology hinges on the idea that consciousness is nonlocal and fundamental; therefore, everything is interconnected. It’s as though we can all tap into a consciousness larger than the one we experience in our day-to-day life.

Multiple studies have also shown that our bodies are sensitive to information and energy that our traditional five senses can’t pick up. We see this in presentiment experiments where our bodies change based on information from the future, and from the distant mental intention in living systems experiments where people’s bodies change when someone directs their mental intention to them. Finally, there is some conjecture that the pineal gland has something to do with how channeling works, but limited research has been done on this so far.

So back to the evidence: There are several channeling experiences that have been repeatedly demonstrated in the laboratory and have multiple studies with positive effects.

One recent paper describing these results was published in the American Psychologist and reviewed meta-analyses of telepathy, precognition, presentiment, remote influence, distant healing.

Classic example is the distant mental intention on living systems. In this protocol, you have someone directing positive mental intention towards another person. Both people’s bodies are usually measures for changes. Dozens of these experiments have been done with measures like heart waves, skin changes, brain waves, and even real-time functioning of the brain.

All the results show the same thing: The receiver’s body changes when the sender is sending versus not sending. Effects are small but appear to be instantaneous!

This is the reason distance healing works so well and further proves that the implications of non-local nature of consciousness are in-fact huge!

Health and healing are a top priority for most people. Many studies have demonstrated that our positive intention creates changes in cells, plants, animals, and humans. Again, the effects are small but consistently noted. These results are amazing because the effects “should” be zero!

Channeled information received from mediumistic readings have also been shown to be valid in multiple laboratories using rigorous triple-blind methods. Volumes have been written describing tests of the validity of mediumship in and out of the laboratory.

Some Common Characteristics of Channelers:

There are certain characteristics that lend themselves to channeling.

Women report stronger and more frequent experiences than men. This may be because women tend to carry more yin qualities. Yin is feminine energy. It is open, receptive, and connected. Channelers also tend to describe themselves as “spiritual but not religious.”

There are also some standard personality traits among channelers. Channelers appear to be higher in extraversion and openness to experience. Channelers also tend to score higher on empathy scales, express greater sensitivity to other people and their environment, and become fully absorbed in whatever they’re doing (in other words, they are very present). They also have an innate understanding of the energy world and a knowing as well as an acceptance that our existence extends much beyond our body and the 3D world.

Most people think of trance channeling, where a person allows a supposed entity (deceased spirits, aliens, angels, higher self, etc.) to use their body as a vehicle to communicate.

One of the most confusing things about channeling is its name. Many people associate it with trance channeling. Others use it interchangeably with terms like psychic, medium, ESP.

The truth is the channeling comes in so many forms.

Multiple research studies show that channeling is experienced on a spectrum. On one side, you have widespread experiences like intuition and gut hunches. Telepathy, clairvoyance, and precognition lie somewhere in the middle. Rarer experiences like trance channeling and out-of-body experiences are on the far side of the spectrum.

At this point, no one is sure exactly how channeling works. We understand bits and pieces, however, more research is needed. In any case, we are still relatively new in our understanding about extended human capacities.

Can we really give a conclusive statement on what channeling is?

Maybe not. Nonetheless, channeling is a field that has fascinated the world for probably as long as the world has existed. The key takeaway for me as professional in the area of alternative healing, parapsychology, metaphysics and hypnotherapy are the vast and exciting possibilities that channeling can be applied to, to uplift and heal humanity.

Start Your Healing Journey with Sabeen

Yoga to banish those muffin tops